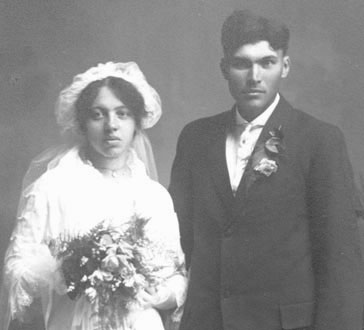 Children of Alfred and Amanda Tornow: 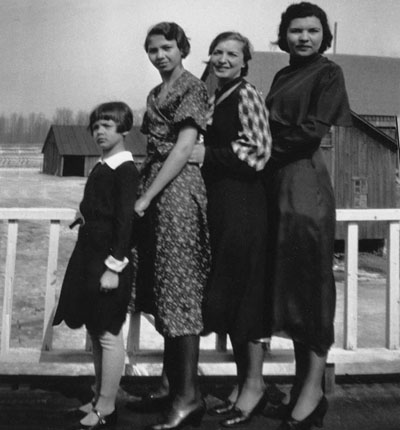 Alfred Tornow was born on November 13, 1890 in the town of Bear Creek, south of Clintonville, Wisconsin on CTH O.

He met Amanda Lemke while working on his brother Bill’s farm in the Town of Plover. They were married on September 2, 1914. They bought 160 acres of land in the township of Plover adjacent to the farm where Amanda was born and raised, on which they built a three room house and a small barn. Later they built a large barn and added two rooms to the house. They also planted an apple orchard and so had apples for eating and cooking. Alfred had several hives of honey bees in his apple orchard. He got his first hive from his father. Their first child was Anna Marie, named for her Grandmother and great-Grandmother. Then came Irene, Gladys and six years later, Edna. When Edna was one year old, 1926, they bought Amanda’s parents home and moved to the larger house, renting out their little home.

It was a hard life on the farm, with the depression and the drought in the 1930’s. Alfred’s health was not too good, but they always managed somehow. At least, there was food, as on the farm there was meat, chickens, eggs and a big garden. There were lots of apples, and the girls had to pick berries for jam and sauce. Alfred and Amanda stayed on the big farm until 1942, when they sold it to their third daughter Gladys and her husband, Jack Schmitt. Then they moved back down to the little farm and the house they had started out in. They lived there for several years and then sold it and bought a house in Northport, near New London, Wisconsin. They were still not old enough to retire and so they worked at a resort in Land 0 Lakes, Wisconsin for a couple of summers. They then took work in Milwaukee for a
doctor, doing cooking and gardening.

When they retired, they came back to Northport and stayed there until their deaths. 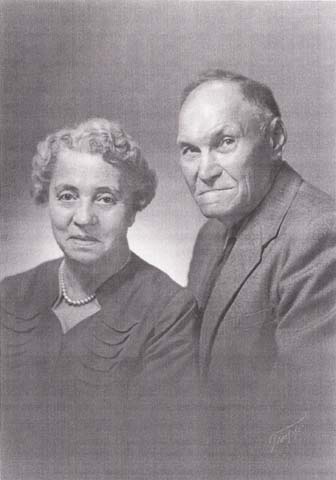 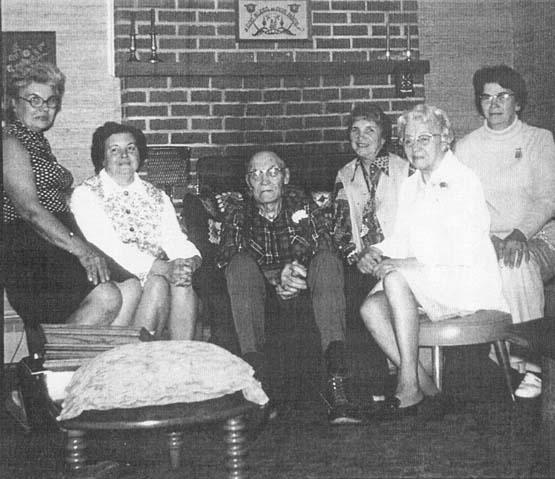